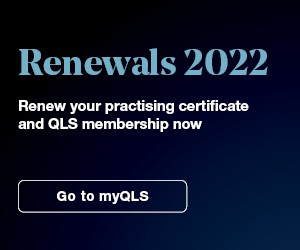 Finding yourself on the wrong side of the law can be a true watershed moment in life. A lawyer can be your biggest advocate for a fair go in the justice system.

What kind of lawyer?

For most legal issues that arise when you are charged with an offence (or when a police officer gives you notice to appear in court), you will need a lawyer who works in criminal law—a criminal defence lawyer.

Top tip 1: If you have a complex matter, you may need a criminal law accredited specialist. Just look for the symbol next to their name.

Top tip 2: Criminal defence lawyers only represent people who are charged with an offence. If you are a victim of crime, and it’s not an emergency, call Policelink on 131 444 (24 hours, 7 days). In any emergency you should always call 000.

When to seek criminal law advice

Appearing in court for any offence—big or small—is an intimidating prospect. You should always seek legal advice from the moment you have been (or are about to be) charged by police.

To give you an idea of how the criminal justice system works, here are all the courts that deal with criminal matters in Queensland and the types of offences that are heard in each one.

Every single criminal charge starts its justice journey at the first level of the Queensland court system: the Magistrates Court.

Offences such as driving matters, shoplifting, being disorderly, minor assault, fraud, and some drug offences will be heard and decided right there in the Magistrates Court by the magistrate alone. These sorts of charges make up about 95% of criminal matters.

Domestic and family violence matters will also be referred to specialist courts throughout the state.

More serious offences, such as murder and rape, will also get their first mention here. They will then be referred up the court system to the District Court or Supreme Court, but only if the magistrate believes there is enough evidence against you to justify the time and cost involved in a proper hearing in a higher court.

Traffic court is a colloquial term for a bundle of driving matters all heard (and sentenced) on a particular day by a magistrate. Offences such as drink driving, drug driving, careless driving, and work licence applications are all dealt with in the Magistrates Court.

Like any offence that can be dealt with in the Magistrates Court, your charge is presented to the magistrate by a police prosecutor, and you can be represented by a criminal defence lawyer who advocates on your behalf.

The second level of the Queensland court system—the District Court—deals with serious offences such as armed robbery, rape and dangerous driving.

A judge and jury will be involved in deciding the outcome of your criminal charge.

If you want to appeal a decision made by a magistrate in the Magistrates Court, your appeal will also likely be heard by a judge in the District Court.

This is the highest level of the Queensland court system, and the court that deals with the most serious criminal offences, such as murder, attempted murder, manslaughter and major drug offences. You may have multiple judges determining the outcome of your matter, as well as a jury.