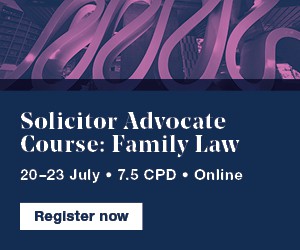 No.08 Termination of a retainer

This Guidance Statement is issued by the Queensland Law Society (QLS) Ethics Centre for the use and benefit of solicitors.

This Guidance Statement does not have any legislative or statutory effect. By having regard to the content of the guidance statement it may be easier for you to account for your actions if a complaint is later made to the Legal Services Commission.

13. Completion or termination of engagement

13.1. A solicitor with designated responsibility for a client’s matter must ensure completion of the legal services for that matter UNLESS:

13.1.2. the law practice is discharged from the engagement by the client;

13.1.3. the law practice terminates the engagement for just cause and on reasonable notice; or

13.2. Where a client is required to stand trial for a serious criminal offence, the client's failure to make satisfactory arrangements for the payment of costs will not normally justify termination of the engagement UNLESS the solicitor or law practice has:

13.2.2. given appropriate notice to the registrar of the court in which the trial listed to commence.

13.3. Where a client is legally assisted and the grant of aid is withdrawn or otherwise terminated, a solicitor or law practice may terminate the engagement by giving reasonable notice in writing to the client, such that the client has a reasonable opportunity to make other satisfactory arrangements for payment of costs which would be incurred if the engagement continued.

3.1. When is a client or solicitor entitled to terminate a retainer?

A retainer is a contract, even where there is nothing in writing, and so is subject to the principles of contract law as to its termination. Therefore, a retainer may be terminated by agreement between the solicitor and the client,1 including as provided in a written costs agreement.

The client may terminate a retainer at any time. Even if the client has agreed to provide a period of notice, it should be noted that it is unlikely that the solicitor’s remedy for the client’s failure to do so would be anything other than damages. Whether a client has terminated a retainer for ‘good reason’ may, however, be relevant as to whether the solicitor can maintain a lien over the client’s documents for any unpaid legal costs.2

It should be noted that termination by a client does not necessarily release a solicitor from an undertaking that was given in the course of legal practice.5

In addition, while this Guidance Statement is primarily concerned with the conduct of law firms and solicitors in private practice, it is observed that the client's absolute right to change lawyers at any time is potentially limited where the solicitor is employed as in-house counsel, as their terms of employment and the applicable unfair dismissal legislation may restrict the ability of the employer to terminate an in-house solicitor’s employment.6

3.1.3. Termination by the solicitor

In circumstances where the client does not consent to the termination of the retainer, and in the absence of an express right to do so (such as in accordance with a written costs agreement), a solicitor can only withdraw for ‘just cause and on reasonable notice’.7 This reflects the position at common law.8 If the solicitor purports to terminate for another basis which has not been agreed, it should be noted that the courts have treated the retainer as an ‘entire contract’, with the effect that the solicitor may be unable to recover their fees for work performed prior to termination.9 The solicitor’s remuneration in such a case may be addressed in, for example, a written costs agreement. Speculative ‘no win, no fee’ retainers also present particular challenges.10

Situations which may constitute 'just cause'11 include the following:

a) The client's actions or behaviour are fundamentally inconsistent with the retainer, so as to prevent the solicitor from properly performing their duties. This may occur if the client:

b) Continuing the retainer would create a conflict, such as placing the solicitor in:

c) In a case in which it is known or becomes apparent that a solicitor will be required to give evidence material to the determination of contested issues and it would be prejudicial to the administration of justice for the solicitor to continue to act for the client (see Rule 27 of the ASCR).

d) If the client is legally aided and the grant of legal aid has been withdrawn or terminated and the client is unable to make any other satisfactory arrangements for payment of the lawyer’s costs that would be incurred if the retainer continued (in accordance with Rule 13.3).

e) If continuing the retainer is likely to have a seriously adverse effect upon the solicitor's health23 (in the case of a sole practitioner or, in case of a firm, where it is also unable to provide another solicitor in that area of practice).

The requirement of 'just cause' will not be established in circumstances where the solicitor merely has the opportunity to do more remunerative work, has lost interest in the client's matter or that the client is merely difficult to deal with.24

However, if that appointment is not made within a reasonable time, and especially where the solicitor is incurring costs in the interim, it is possible that there may still be a basis for the solicitor to terminate. This would likely require notice to the relevant authorities or, in the case of litigation, the leave of the court in accordance with the relevant rules.

Whether a retainer terminates automatically in the event of incapacity (or death) may also be dealt with expressly in the written terms of the retainer27 (such as in a written costs agreement).

Is there still a retainer?

Rule 13 will not be relevant where there is no longer a retainer. It is therefore important that the solicitor properly consider the scope of the retainer and whether it has been completed or is still on foot. The existence of a set of rates or terms for potential work in the future may not constitute a retainer, as the subject matter and scope of the work would not yet be known (although this will be a matter of construction in each case).

The solicitor and client may agree other bases for termination of the retainer (such as in a written cost agreement), or it may be terminated for other reasons permitted by law (such as breach of a fundamental term), but it is likely that most of the above ‘just cause’ circumstances would still entitle the solicitor to terminate, even if not expressly agreed. Equally, the bases of termination that may be expressly agreed will still have some limitations (for example, if Rule 13.2 applies).

What constitutes 'reasonable notice' for this purpose, will depend on the facts of each case.28 The solicitor should give consideration to factors such as the status of the matter, whether there are any forthcoming court or other dates (such as the expiry of a limitation period) and whether the client will be prejudiced by the termination of the retainer. The notice period should allow reasonable time for the engagement of a new law firm, having regard to the circumstances.

If the solicitor is seeking to terminate a retainer because a conflict has become apparent, or because proceedings will cause the solicitor to act in breach of their professional duties, then this may necessitate a much shorter period of notice, or even an immediate withdrawal, depending on the circumstances. For example, to avoid breaching their duty of confidentiality to a former client, where this has only been discovered after work has commenced, a solicitor may have no option but to limit or even stop work on the matter at once.

Rule 13.2 specifically provides that where a client is required to stand trial for a serious criminal offence, the client's failure to make satisfactory arrangements for the payment of costs will not normally justify termination of the engagement, unless the solicitor or practice has:

Criminal law is an example of an area of practice where, aside from the Rules, specific rules of court apply to the termination of a retainer and the consequential withdrawal from the record.29 The ASCR Commentary notes that considering rules 18 and 19 of the Criminal Practice Rules 1999 (Qld) and Rule 13.2 of the ASCR together requires that at least 28 days’ notice must be given before the accused’s next appearance in court.

This rule applies despite what may be agreed between the solicitor and client.

3.2. How should a retainer be terminated?

It is recommended that the solicitor provide written notice in advance of their intention to terminate a retainer and specify the date upon which legal services will cease. Provided that the grounds for termination do not involve the disclosure of confidential information of another client (i.e. a conflict), the reasons for termination should be disclosed in that written notice whether it be by reference to the agreed retainer or a ‘just cause’ ground.

If litigation is on foot, the court has a discretion whether or not to grant leave to a solicitor to file a notice of ceasing to act for a particular party, however:

“[U]nless there are special circumstances which render it expedient to retain the solicitor on the record the order will generally be made as a matter of course upon proof that the solicitor has in fact ceased to act for the party and that no steps have been taken to take the solicitor’s name off the records”.30

Where the solicitor is acting in proceedings in court, it is also necessary to comply with the applicable rules of the court in relation to withdrawal, for example, Uniform Civil Procedure Rules 1999 (Qld), rules 990 and 991. (These court rules will still apply, and leave will still need to be sought, regardless of whether the solicitor purports to terminate the retainer under the express terms of, for example, a written costs agreement).

The applicable period of notice may be agreed. Where no such notice period is agreed, it is likely that such notice would also need to be that which is reasonable in the circumstances. It is also the case that any right that the solicitor is entitled to exercise under an agreement with the client, must be exercised in accordance with the solicitor’s professional obligations generally.

3.3. What are the duties of the solicitor on termination of a retainer?

A solicitor has duties to the client which continue beyond the termination of a retainer. These include:

Further, a solicitor's duty of confidentiality to the client continues after the termination of the client retainer35 and a solicitor must continue to avoid conflicts between duties owed to current and former clients in accordance with the ASCR and applicable law.36

Solicitors are also referred to:

For further assistance please contact an Ethics Solicitor in the QLS Ethics Centre on 07-3842 5843 or ethics@qls.com.au

28 For example, in the case of Heslop v Cousins [2007] NZLR 679 it was held that requiring a client to settle outstanding fees within four business days before the termination of legal services did not constitute reasonable notice, in circumstances where the solicitor had agreed to represent the clients knowing they were in serious financial difficulty.

29 See Criminal Practice Rules 1999 (Qld), r 19. Note that this rule does not apply to proceedings in the Magistrates Court (see r 5). However, a practice has emerged where Magistrates expect similar notice for withdrawing from a Court record.