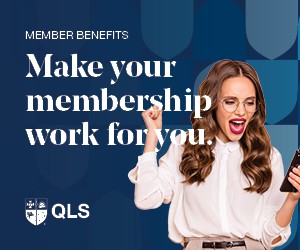 The honouring of undertakings is a necessary incident of the solicitor’s paramount duty to the court and the administration of justice Australian Solicitors Conduct Rules 2012 (Rule 3) and other fundamental duties of honesty and integrity (Rule 4).

6.1 A solicitor who has given an undertaking in the course of legal practice must honour that undertaking and ensure the timely and effective performance of the undertaking, unless released by the recipient or by a court of competent jurisdiction.

6.2 A solicitor must not seek from another solicitor, or that solicitor’s employee, associate, or agent,undertakings in respect of a matter, that would require the co-operation of a third party who is not party to the undertaking.

The purpose of this Guidance Statement is to outline the ethical principles and issues, based on the Rule and the common law, which solicitors should think about in the context of giving an undertaking.

1.3. Status of this guidance statement

This Guidance Statement is issued by the Queensland Law Society (QLS) Ethics Centre for the use and benefit of solicitors.

This Guidance Statement does not have any legislative or statutory effect. By having regard to the content of the note and following the guidance it may be easier for you to account for your actions if a complaint is later made to the Legal Services Commission.

This Guidance Statement is endorsed by the QLS Ethics Committee as representing a standard of good practice.

The legal profession’s fidelity to undertakings is of crucial importance to both the profession and our clients, enabling legal services to be delivered in a timely and efficient manner.

A solicitor is never obliged to give nor to accept an undertaking and careful consideration should be given by the practitioner to the need for an undertaking to be given in the circumstances.

Could the same objective be accomplished by other means? For example, should the relevant responsibility be assumed instead by the client contractually?

Undertakings should be reserved for situations where the other party (or their solicitor) properly requires an enforceable assurance that the solicitor or firm will act or refrain from acting, in an important matter, in the way that they have (or their agent has) solemnly undertaken. The other party is relying on the honour of the solicitor.

A solicitor must not seek from another solicitor (or that solicitor’s employee, associate or agent) undertakings in respect of a matter that would require the co-operation of a third party who is not party to the undertaking.

It may be express or implied and may be given orally or in writing.

Once given, an undertaking:

An undertaking binding the firm may be given by an employed solicitor or a lay employee.4 This will depend on whether the employee has been cloaked by the principal or firm with ostensible authority to give such an undertaking on the principal’s or firm’s behalf. The Society does not recommend that employees of firms give undertakings personally or on the firm’s behalf.

An employee may be invested with ostensible5 authority to give an undertaking binding upon the firm if this is "consistent with [his] duties".6

Whether or not giving that particular undertaking is within such ostensible authority is a question of fact to be determined by application of usual agency principles.

An undertaking requires neither consideration nor a specific form to bind the practitioner giving it.

Not every indication that something will be done, will be done by a specific time, or not done at all amounts to an undertaking, but the line may be a fine one and will depend upon context.

There is longstanding authority that a court may enforce an undertaking whether or not the recipient of that undertaking had an underlying legal right that could be the subject of a claim. This inherent jurisdiction is enlivened by the court’s entitlement to demand honourable conduct from its own officers.8

Whether or not an undertaking has been given will depend upon objective construction of the words employed, having regard to context and audience.9

In Legal Services Commissioner v Graham10 a promise to refund monies paid in advance for work that had not been completed as agreed was characterised as a contractual promise rather than an undertaking,11 although in the circumstances breaching that agreement was also found to be unprofessional conduct.

Therefore, care should always be exercised in making future commitments. The context, to whom the commitment is made, the consequences of breach for the other party, established practice and the wording used will all be relevant.

2.3. Undertakings given on behalf of clients

An undertaking given by a client is merely a promise by the client to do or not to do something. It is not a personal obligation given by the solicitor and should therefore not be construed as an undertaking.

Clear language is required to ensure that the promise intended to bind the client only is not instead personal to the practitioner.12

This is especially acute if a solicitor has multiple roles in a matter, such as a company officer.13

If disclaiming personal liability this must be clear from the undertaking itself. The Undertaking should set out all relevant obligations and not seek to rely upon extraneous or covering correspondence.

A solicitor should only give personal undertakings where he or she is able to ensure fulfilment and have control in relation to the subject matter.15

The fact that performing the undertaking requires the client’s instructions or that the solicitor’s original instructions permitting performance have been withdrawn does not absolve a solicitor of his or her responsibility,16 nor does a significant change in circumstances.17

A breach of undertaking can lead to:

In Legal Services Commissioner v McColm,21 a solicitor in the course of acting in the sale of a business, had undertaken “to hold the sum of $70,000 of the purchase price pursuant to the terms of special condition 10 of the contract of sale”. Due to what was accepted as human error, this sum was accidentally paid out to the seller. When the solicitor discovered the error he requested his client to restore the amount to his trust account. The seller was unable to do so. The Chief Justice held that such conduct amounted to unsatisfactory professional conduct. His Honour noted that it was “unfortunate that (the seller’s solicitor had) not quickly informed the purchaser of what had occurred, effectively leaving it to the purchaser itself to draw the inference…”22

Once an undertaking is given, only the recipient or a court of competent jurisdiction can relieve the solicitor of its performance.23

For further assistance please contact an Ethics Solicitor in the QLS Ethics Centre on 07 3842 5843 or ethics@qls.com.au

"In the Tribunal’s view, Rule 22.1 does not require the use of any form of wording or indeed the use of the word ‘undertaking’. However, it must be objectively clear from the form and meaning of words used and the context in which representations or assurances were made, that the intention was to give an undertaking by a solicitor upon which the recipient solicitor would rely".

Note: the Professional Conduct & Practice Rule (2005) Vic, R. 22.1 is in similar terms to UCPR but not identical, referring to communication which is "expressly, or by necessary implication… an undertaking".

11 See para [53]. In the circumstances that the promises to complete the work were repeated, despite the fact that no undertaking was found the Tribunal nevertheless considered that failure to satisfy the agreement amounted to unprofessional conduct.

13 See for example where a solicitor who was also a director of a corporate client was held personally liable for an undertaking he had intended to give only on behalf of the company; Legal Services Commissioner v Farnham [2009] LPT 4. His former board colleagues resiled from the promise following his resignation. Notwithstanding the extenuating circumstances Mullins J considered that failure to pay amounted to professional misconduct. (at [20]).

14 Law Institute of Victoria, If I give an undertaking on behalf of my client, am I personally bound by it? http://www.liv.asn.au/For-Lawyers/Ethics/Common-Ethical-Dilemmas/Undertakings.

18 Usually subsequent to the court ordering compliance with the undertaking exercising its inherent supervisory jurisdiction and such default continuing past the time allowed; Morgan v State of Victoria (2008) 22 VR 237 (solicitor sentenced to two years in prison if unable to repay costs in accordance with an undertaking to the court).

However breach of an undertaking in itself may amount to a contempt: Crinis v Law Institute of Victoria (unrep) 20 Oct 1987, Long v Specifier Publications Ltd (1998) 44 NSWLR 545, cited in Undertakings by lawyers: content and consequences, David Bailey, Greens List accessed: www.greenslist.com.au/ethics-and-professional-responsibility.raw. In the latter case the undertaking had been given directly to the court as an antecedent to the grant of an Anton Piller order and, notwithstanding that the solicitor was liable for substantial uninsured damages, a further penalty of $15,000 was imposed together with a finding of contempt.

20 See Rule 900 of the Uniform Civil Procedure Rules (Qld) 1999 for powers available to the court when enforcing undertakings.