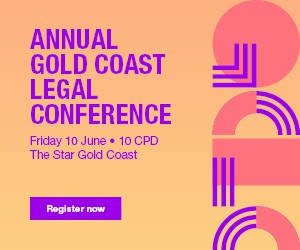 Firm A and Firm C's Position

Question to be Answered

27.1 In a case in which it is known, or becomes apparent, that a solicitor will be required to give evidence material to the determination of contested issues before the court, the solicitor may not appear as advocate for the client in the hearing.

27.2 In a case in which it is known, or becomes apparent, that a solicitor will be required to give evidence material to the determination of contested issues before the court the solicitor, an associate of the solicitor or a law practice of which the solicitor is a member may act or continue to act for the client unless doing so would prejudice the administration of justice."

"A lawyer must not accept a retainer if there is a reason to believe that he or she will be required to give evidence material to the determination of contested issues before the court. If this becomes apparent during the course of the proceedings, the lawyer should withdraw, and arrange for an independent lawyer to take over the matter."

"… unwise for a solicitor, who is not himself appearing as an advocate or an instructing solicitor in court but who is aware that it is likely that he will be called as a material witness… to continue, either personally or through his firm, to represent the client if this can be reasonably avoided."10

"During the subsistence of a retainer, where the court’s intervention to restrain a solicitor from acting for another is sought by an existing client of the solicitor, the foundation of the court’s jurisdiction is the fiduciary obligation of a solicitor, and the inescapable conflict of duty which is inherent in the situation of acting for clients with competing interests [citation omitted].

Once a retainer is at an end, however, the court’s jurisdiction is not based on any conflict of duty or interest, but on the protection of the confidences of the former client (unless there is no real risk of disclosure) [citation omitted].

After termination of the retainer, there is no continuing (equitable or contractual) duty of loyalty to provide a basis for the court’s intervention, such duty having come to an end with the retainer [citations omitted].

The test to be applied in this inherent jurisdiction is whether a fair-minded, reasonably informed member of the public would conclude that the proper administration of justice requires that a legal practitioner should be prevented from acting, in the interests of the protection of the integrity of the judicial process and the due administration of justice, including the appearance of justice [citations omitted].

The jurisdiction is to be regarded as exceptional and is to be exercised with caution [citations omitted].

Due weight should be given to the public interest in a litigant not being deprived of the lawyer of his or her choice without due cause [citation omitted]."11

"It is necessary to emphasise the risk posed to the administration of justice in New South Wales by solicitors remaining on the record when they are, or may be, witnesses in proceedings. This risk is heightened when they have a personal interest in the outcome of litigation beyond recovery of their fees.”14

Adamson J went on to note:

"As referred to above, rule 19 was modified after the proceedings in the Court below had been determined. The present rule, rule 27.2 of the Solicitors’ Rules, provides:

'In a case in which it is known, or becomes apparent, that a solicitor will be required to give evidence material to the determination of contested issues before the court the solicitor, an associate of the solicitor or a law practice of which the solicitor is a member may act or continue to act for the client unless doing so would prejudice the administration of justice.'

The effect of the amendment is to change the rule from a prohibition qualified where there are ‘exceptional circumstances justifying the practitioner’s continuing retainer by the… client’ (Rule 19) with a qualified permission that allows a solicitor to continue to act for the client unless doing so would prejudice the administration of justice (Rule 27.2). I do not discern any change in the purpose of the provision, which is to protect the administration of justice by circumscribing the circumstances in which a solicitor who is, or may be, required to give evidence in proceedings is permitted to act."15

then it is difficult to see how Firm B could possibly be conflicted from continuing to act to administer the estate and assist the executrix to complete her executorial duties.

"… it is unnecessarily speculative to attempt to predict before a defence has been filed, what witnesses will be called and the materiality of their evidence".18

1 By means of facsimile.

19 Which are not available to the Committee at present.