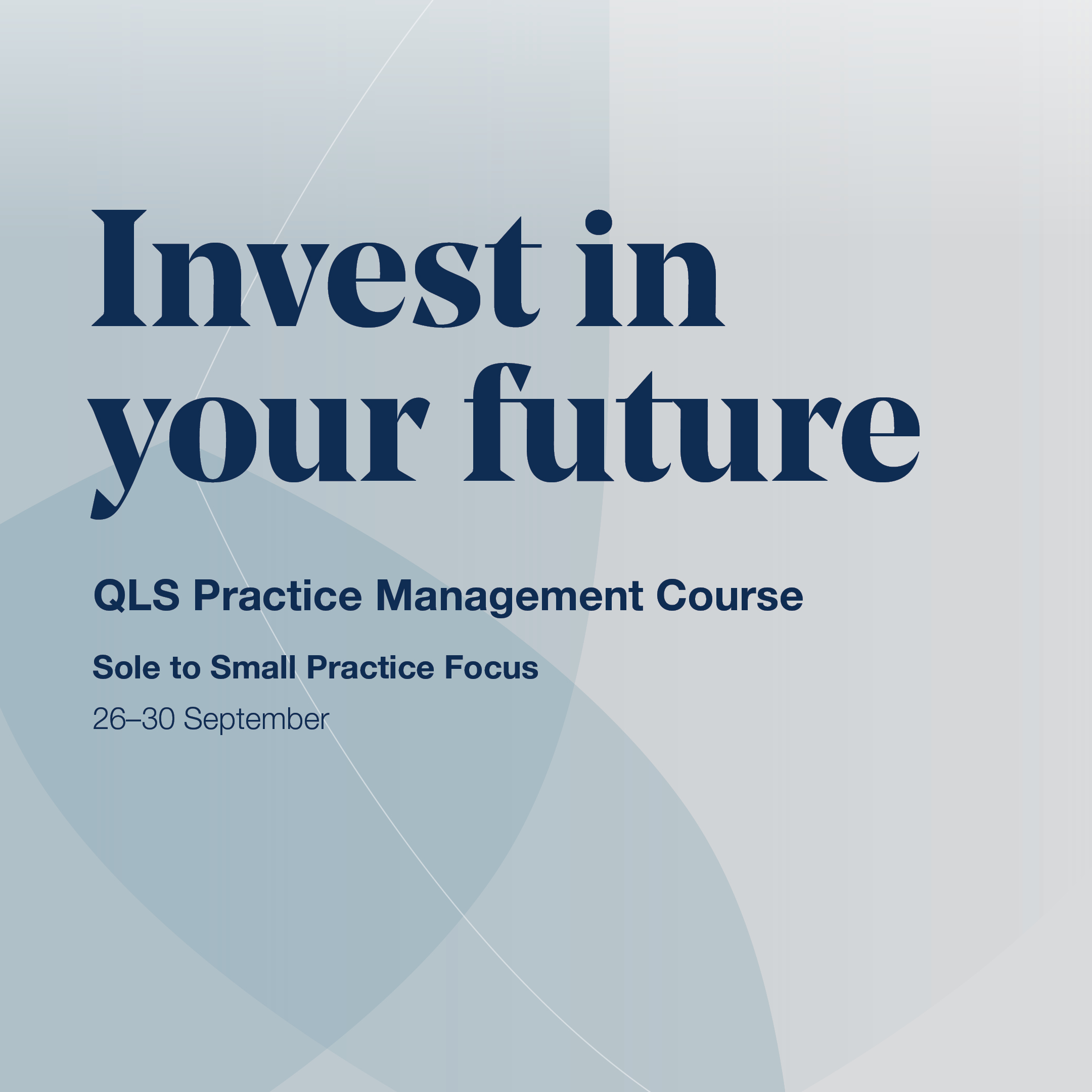 Meet Yale Hudson-Flux. Yale is a graduate at QLS. He was admitted in December 2021 after graduating with a Bachelor of Law and Environmental Science.

We spoke to Yale about his work at QLS, parliamentary inquiries, carbon sequestration, and pepperoni pizza. Read the full interview below. 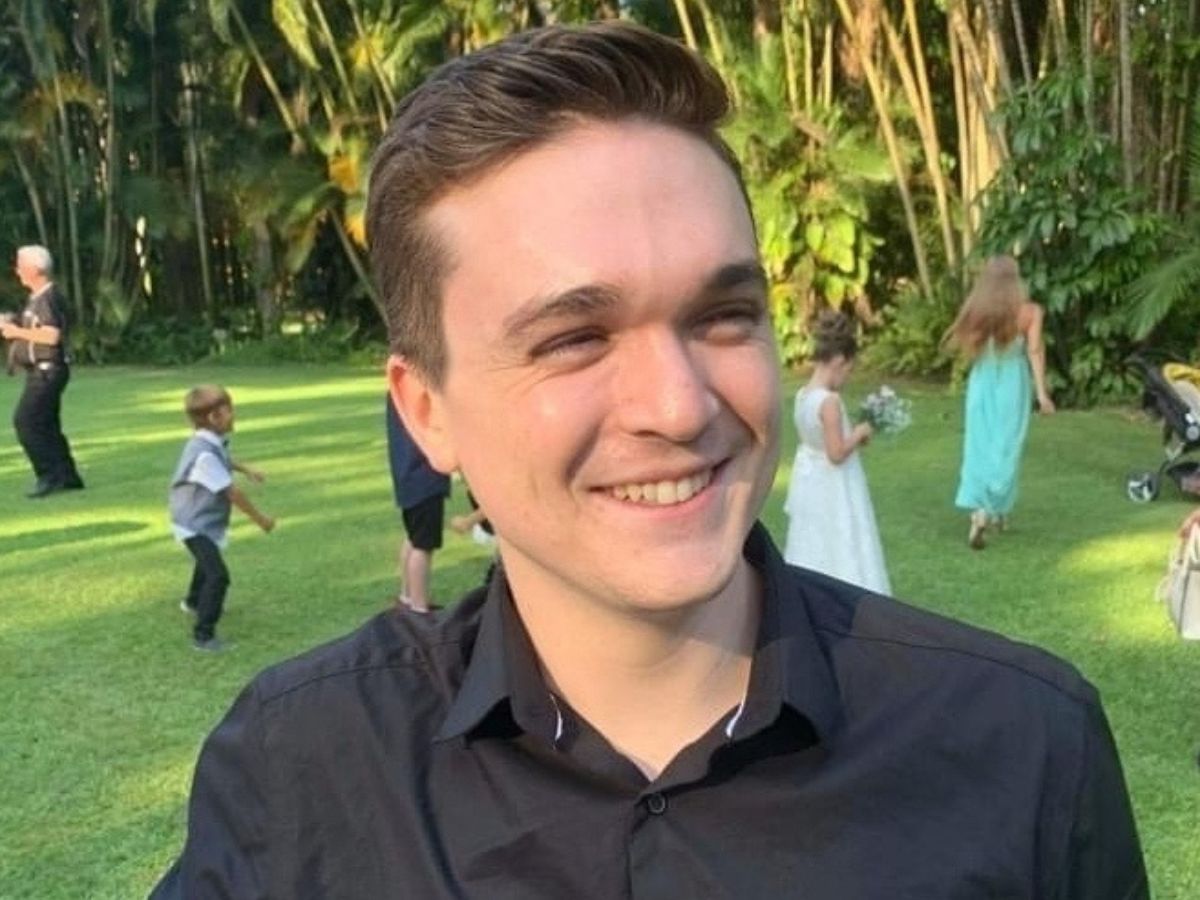 Tell me about yourself

I graduated last year. I studied a Bachelor of Law and Environmental Science. I’m primarily interested in pursuing a career in legal policy. So far in the QLS Graduate Program, I've worked in OGC, the Office of General Counsel, which is more of an in-house role, with hands-on legal work, and I'm currently in the Legal Policy team. Based on my experience in those two roles, policy is definitely something I'm more interested in pursuing.

This rotation ends next February, so I'm thinking of applying for policy roles mainly within government.

So you’re interested in the environment obviously, since you studied environmental science?

Yeah, I did an internship at the Environmental Defenders Office in my last year of uni and that was great. That was a really, really good experience. It was a combination of administrative and legal tasks, and the legal stuff was really interesting, and you could tell how passionate the people were about their work. It would be good to get into that, even if it’s not a policy position.

Do you have any particular area of the environment that you’re interested in?

In my final year of uni I received a research scholarship to look at carbon sequestration. That was more with my environmental science degree, so it didn’t involve much law. But essentially that looked at land management techniques and how those techniques impacted carbon sequestration. Australia is a big country, and not all of that land is productive or being used, so you can essentially use that soil as a carbon sink. Then if you calculate how much carbon you’ve sequestered, you can sell that carbon. That would be an interesting area to explore.

Why did you decide to study law?

I just like writing and researching, and studying law combines those two areas. I don’t think I’d have gotten through my law degree if I didn’t do my environmental science degree as well. It broke up my law degree really well. But broadly, I just liked the topics. They seemed interesting. I liked writing, it involves a lot of writing… but I kind of hate writing now! [laughs]

Enjoying writing seems to be a common theme for people who studied law!

Yeah, I just like writing and reading. If you don’t, you might be in the wrong profession.

When did you get admitted?

Last December! I graduated January last year, then did PLT halfway through last year, and then I got admitted mid-December. So not even half a year of PAE. So really I have no experience, no employable skills. [laughs]

Yale at his admission in December 2021

What’s your experience working in law been like so far? Have you enjoyed it?

Yeah, even though I said earlier that my experience in OGC has led me down more of a policy path, it was still really good work. I actually think that the work that I did in OGC was more interesting, and more in line with what you do in law school. It’s just that I know for that sort of work you have to go into private practice, or you could find an in-house role. I just think my values and goals align more closely with the public sector.

My main responsibility is assisting the senior policy solicitors with drafting legal policy submissions to government and non-government stakeholders. I also help manage their committees. At the moment there’s a committee that’s just merged – the Data, Privacy, Technology and Intellectual Property Law Committee. They’ve recently formed a working group to put a submission together, and I’m helping the senior policy solicitor in getting that work done. That’s a really big part of what you do in the Legal Policy team.

I also compile the requests for comment in [the weekly member newsletter] QLS Update, which is important in getting member feedback. I also write Proctor articles. I’ve had a couple published recently and I have some more coming out. They’re a perk of this job, because it’s something you can point to after leaving, it’s a published piece of work.

I also help with executive submissions. When committee members are appointed and when they resign, it has to go before the Executive Council. Those are the main things I do in Legal Policy, but there are heaps of other little things I do.

While I’m at QLS, one of the things I would like to do is participate in a parliamentary inquiry. The last graduate who was in this role got to be a witness at a parliamentary inquiry, which is a really big thing because you go out and represent QLS. Whatever you say is taken as the position of the Society, so it’s pretty serious. It would be an amazing opportunity.

That would be cool! Do you think that would ever happen for you?

It kind of depends. With the previous grad, the right bill came along at the right time. It might happen if something like that comes up again, but I don’t get to control that. It would be a great opportunity.

How do you feel about the profession so far? Any changes you’d like to see?

I’ve had a really good experience so far with the people I’ve worked for. They’ve all been supportive, they’ve offered to mentor me, and they’ve taken time out of their day. I’ve been really lucky in that sense.

What do you like to do in your downtime?

I like to ride my bike. I brew my own beer and I love board games.

What’s your favourite board game?

The people I play board games with, we recently played Settlers of Catan, which was really fun. I mean, we’ve played that heaps. It’s a classic. We also played this game called Tranquillity, which I really enjoyed.

What’s your proudest moment or accomplishment so far?

I have some Proctor articles that I’m pretty proud of. I also did some really big (for me) advices in OGC that I was really proud of. One of the things that’s good – and daunting – about the graduate program is that you do the work and then the General Counsel sees it, and then the CEO sees it. That’s daunting, and you have to explain your work, you have to stand by it, but it makes you feel like what you’re doing is quite meaningful. There was an advice I did ages ago and then for some reason it surfaced, and someone sent me an email after reading my advice and was like “wow, great work on this Yale!” That was a good feeling.

Do you have a role model or an influence?

It’s so boring and lame but just pizza. Pepperoni pizza specifically. If you want to judge how good a pizza place is, pepperoni pizza is the item you choose because everyone does it. It’s simple, it only has a handful of ingredients, and if it’s good you can tell that they’re doing something right.